Lent with the Saints: Stephen 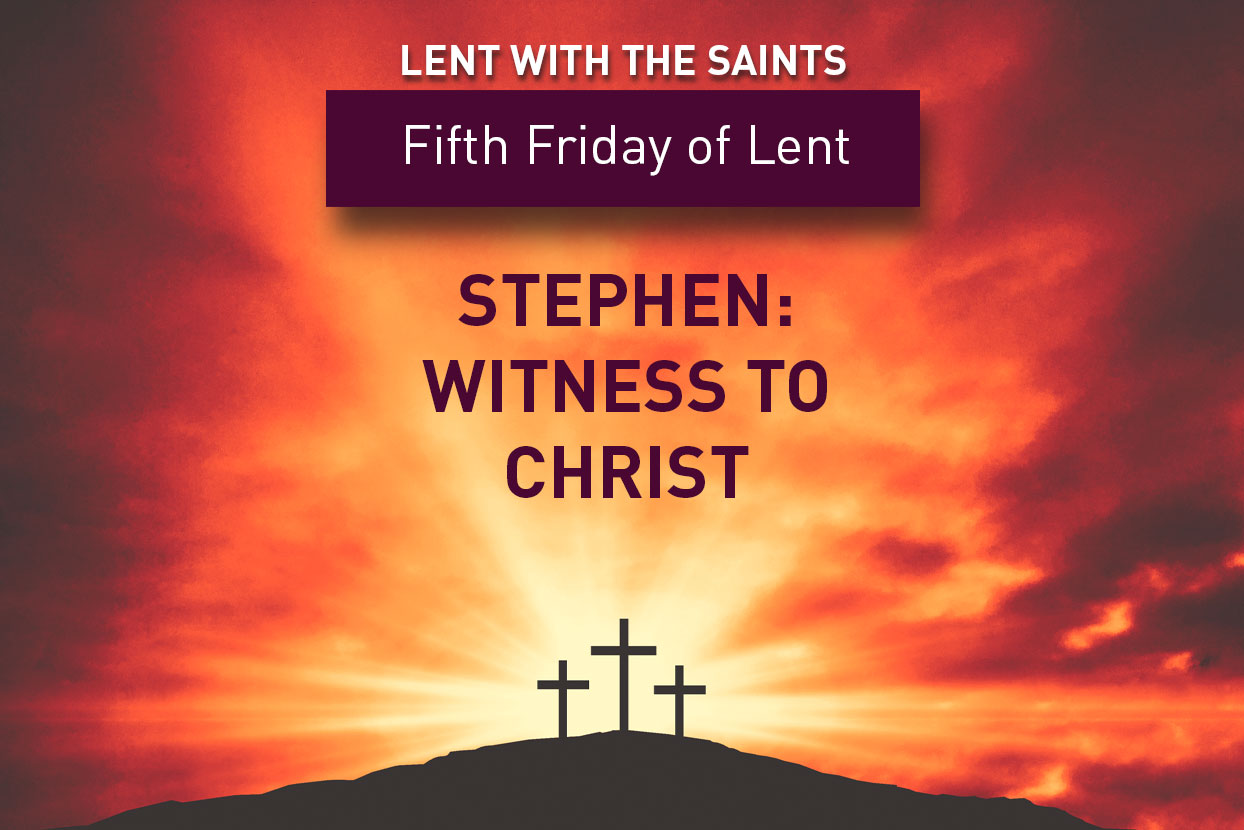 In the Gospel of John, Jesus escapes stoning by the crowds, who believe him guilty of blasphemy. That fate did not escape Stephen, the first to be martyred for believing in Jesus. The Acts of the Apostles tells Stephen’s story in chapter seven, and the church celebrates his feast immediately after Christmas. But Stephen seems more a lenten saint, as he anticipates the death of Jesus.

In keeping with the debate portrayed for us in John’s Gospel, as we’ve been hearing over these past weeks at Mass, the climactic moment comes today in John 10. The “Jews” (again, recall the caution in using this term lest we fuel an anti-Semitic attitude) pick up rocks to stone Jesus, after he claims identification with God, in the passage we read yesterday (John 8:51–59). The charge of blasphemy would be accurate if the words had been on anyone else’s lips. It is a case of irony in John’s Gospel that we know who Jesus truly is.

After an intense debate with certain Jews and a trial before the Sanhedrin, Stephen was condemned to be stoned for his witness to the Risen Lord. In his life and death, Stephen claims identification with Jesus and his power and presence in the world.

As we make ready for Holy Week, let’s include the first martyr, Stephen, as yet another guide into the retelling of the passion, death, and resurrection of Jesus.

Today’s Action
Read the story of Stephen in Acts 6 and 7.


Jesus, may we put faith in you and in the works you do in fulfillment of the Father’s will.
May we help others come to believe in you.
Amen.