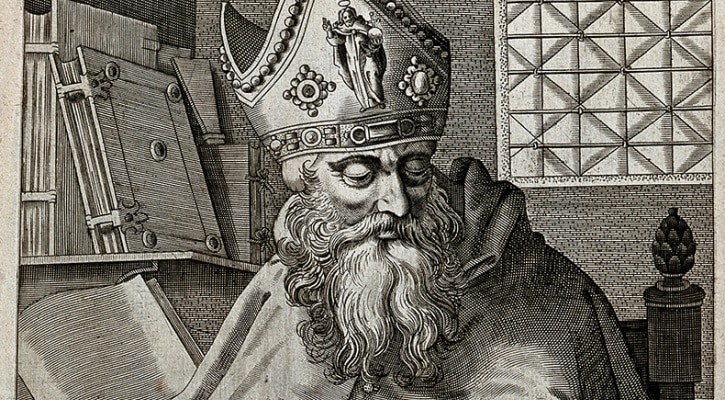 Saint of the Day for August 28

A Christian at 33, a priest at 36, a bishop at 41: Many people are familiar with the biographical sketch of Augustine of Hippo, sinner turned saint. But to get to really know the man is a rewarding experience.

There quickly surfaces the intensity with which he lived his life, whether his path led away from or toward God. The tears of his mother, the instructions of Ambrose and, most of all, God himself speaking to him in the Scriptures, redirected Augustine’s love of life to a life of love.

Having been so deeply immersed in creature-pride of life in his early days and having drunk deeply of its bitter dregs, it is not surprising that Augustine should have turned, with a holy fierceness, against the many demon-thrusts rampant in his day. His times were truly decadent: politically, socially, morally. He was both feared and loved, like the Master. The perennial criticism leveled against him: a fundamental rigorism.

In his day, Augustine providentially fulfilled the office of prophet. Like Jeremiah and other greats, he was hard-pressed but could not keep quiet. “I say to myself, I will not mention him/I will speak in his name no more/But then it becomes like fire burning in my heart/imprisoned in my bones/I grow weary holding it in/I cannot endure it” (Jeremiah 20:9).

Augustine is still acclaimed and condemned in our day. He is a prophet for today, trumpeting the need to scrap escapisms and stand face-to-face with personal responsibility and dignity.

Saint Augustine is a Patron Saint of:

Enjoy this lineup of patron saints!