Paul (Steve Coogan), a high school history teacher, hesitates about going to dinner with his wife, Claire (Laura Linney), his brother, Congressman Stan Lohman (Richard Gere), and Stan’s wife, Katelyn (Rebecca Hall). Claire convinces him to go, unaware that Paul has found something disturbing on the cell phone that belongs to their son, Michael (Charlie Plummer).

Stan has arranged the dinner at an expensive restaurant to discuss a family matter that could ruin their lives. The air is filled with tension. Interruptions from Stan’s assistant, Nina (Adepero Oduye), push the family to the brink. The two couples’ sons, Michael and his cousin, Rick (Seamus Davey-Fitzpatrick), have done something unspeakable, and Stan is forcing them to decide what to do before the story goes public. Paul, who has mental health issues, learns that he is the last to know and begins to act out. Beau, the child that Stan and his first wife, Barbara (ChloÃ« Sevigny), adopted from Africa, was a witness to the boys’ crime and is now blackmailing them.

The Dinner may seem, at first glance, to be a food movie with the potential to bring people together, where the grace of shared food transcends the troubles at hand. But this film is the opposite. As Stan’s insistence that they must do the right thing wavers under pressure from the women, he utters words that shed light on our ethicschallenged culture: “There’s no right or wrong. There are only choices. “

The Dinner could have been a better movie, but there is far too much going on. A diligent story editor could have helped refine the characters’ backstories, which overwhelm the plot and diminish the strength of placing the drama at a family dinner. The film, based on the Dutch novel by Herman Koch, is written and directed by Oren Moverman.

Nevertheless, the acting is top-notch, especially from Coogan and Michael Chernus, who plays the unwelcome matre d’. 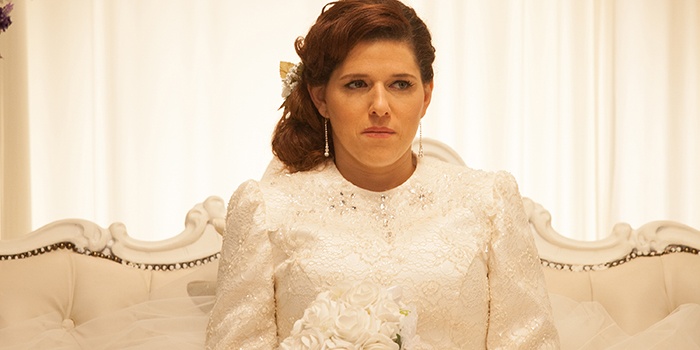 Michal (Noa Koler), a 32-year-old Orthodox Jew, owns her own mobile petting zoo business
in Jerusalem. When she meets with her fianc  to choose the menu for the reception, he breaks their engagement. Michal is crushed, but this woman is tireless in her plans. She rents the hall, hires two matchmakers, and declares that she will find a groom in a month.

She goes on a pilgrimage, continues to prepare the apartment, has coffee with a man who is hearing-impaired, and finds herself attracted to an unsuitable Jewish rock star (Oz Zehavi). Michal’s friends think she’s crazy, but they lovingly support her as true friends would.

The Wedding Plan is Israeli-American writer-director Rama Burshtein’s second film about young Orthodox Jewish women searching for marriage and love. It has a Jane Austen-like quality to it, which is no surprise because Burshtein loved reading her novels growing up. Like her first film, Fill the Void, this new one is an improbable and unique love story, touched with humor and
heart. 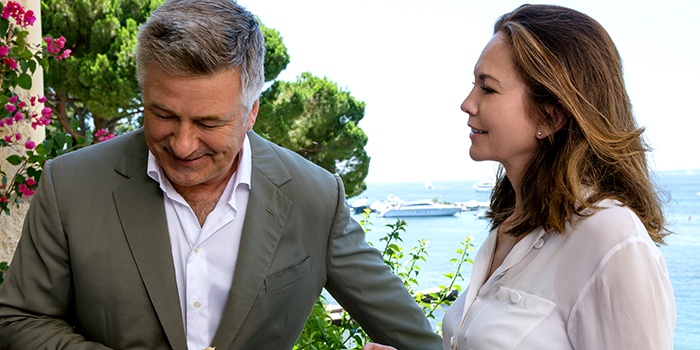 In this charming film about rediscovering oneself, Anne (Diane Lane) and her husband, Michael (Alec Baldwin), a filmmaker, are leaving Cannes for Budapest and Paris when Anne gets an earache that sidelines her. She tells Michael she will take the train to Paris on her own and meet him there.

Jacques (Arnaud Viard), a producer the couple knows, offers to drive her to Paris. Thus, the adventure begins. Jacques takes his time showing Anne the countryside. They stop at country restaurants, and Jacques arranges for them to stay in a hotel overnight, making Anne nervous
because she does not know his intentions (they get separate rooms).

When Jacques’ vintage car breaks down, Anne fixes it. They stop at a church and, before the statue of Mary and Jesus, Anne lights a candle and prays. She reveals her pain to Jacques, a moment that is transformative for Anne and inspiring to JacquesÑand to the audience. It is moments like these that give the film its shine.

Paris Can Wait, the directorial debut of Eleanor CoppolaÑwife of Oscar-winning director Francis Ford Coppola (of The Godfather fame)Ñis about the renewal of love. At 81, she has given us a delicate road-trip film that looks into the soul of a woman who has given so much of herself to others for far too long.