“Emma had lived nearly 21 years in the world with very little to vex her, ” Jane Austen wrote in her 1815 novel about a rich, spoiled, entitled young woman whose imagined matchmaking skills eventually bring her complacence in the town of Highbury, England, to an end. And thus begins the latest, and perhaps most elegant, reiteration of Austen’s comedy of class and gender, directed by Autumn de Wilde.

The lovely and fashionable Emma Woodhouse (Anya Taylor-Joy) tries to console her father, Mr. Woodhouse (Bill Nighy), who bemoans the loss of her governess (Gemma Whelan) to holy matrimony with Mr. Weston (Rupert Graves). After the wedding, Emma boasts that it was she who brought the pair together. Now she sets her sights on a new match. When she and Harriet Smith (Mia Goth), the ward of a local schoolteacher, become friends, Emma sets her up with the rector, Mr. Elton (Josh O’Connor), who is very sweet on Emma herself.

But Emma is blind to this and to the fact that Harriet has a most suitable prospect, Mr. Martin (Connor Swindells), a farmer tenant of Mr. Knightley (Johnny Flynn), who owns the estate next to that of Mr. Woodhouse. When Mr. Martin proposes to Harriet, Emma encourages her to refuse him.

Meanwhile, when Frank Churchill (Callum Turner), Mr. Weston’s son, who took the surname of the aunt who raised him, returns home, Emma seems interested and he in her. As the months pass, love interests emerge, and it remains to be seen where authentic relationships will form. At a picnic one afternoon, with all her friends and acquaintances present, Mr. Knightley challenges Emma’s superiority when she humiliates Miss Bates (Miranda Hart). Emma is forced to face her own shortcomings.

My enjoyment of this film has only increased because it is the last film I saw in a theater before everything closed down due to the coronavirus pandemic. The gorgeous costumes are inspired by the Regency period, but the schoolgirls, dressed in deep red capes, look like they are from The Handmaid’s Tale.

At times, de Wilde’s film goes beyond Austen’s original descriptions to peer behind social curtains. All the characters have funny foibles, and themes of kindness, forgiveness, generosity, and love abound to offset the selfishness of the rising British upper class.

A Fall from Grace 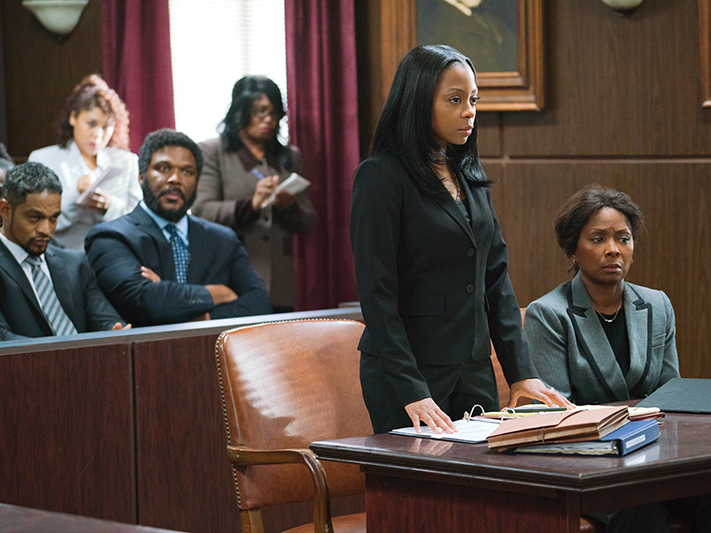 Jasmine (Bresha Webb) is a young public defender who has never argued a case at trial. Her boss, Rory (Tyler Perry), assigns a simple murder case to her. He directs her to offer a plea bargain because the defendant, Grace (Crystal Fox), confessed to killing her husband, Shannon (Mehcad Brooks), though his body has never been found.

Jasmine, all business, meets with Grace, who looks haggard, hard, and sad. When Jasmine urges Grace to take the life sentence plea, Grace sees that the young woman is wearing a rosary around her neck. She asks if she is Catholic and if she prays the rosary. Jasmine nods her head and begins to wonder if there is more to the case than is obvious. Grace insists on the plea as long as she can be in a prison near her son and granddaughter. Jasmine tells her disapproving boss that she is going to investigate and meets with Sarah (Phylicia Rashad), Grace’s best friend and neighbor. She vouches for Grace’s character and agrees to testify on her behalf. But at trial, Sarah betrays her friend. When all seems lost, Jasmine presses on with her investigation to reveal crimes no one could imagine.

This Netflix original is a well-told cautionary tale. Webb and Perry are very good. The performances by Rashad and Brooks draw you into the story, but you know right away something isn’t quite right. This is definitely one of Perry’s better scripts.

Not yet rated, TV-MA • Violence, physical and mental cruelty, suicide. 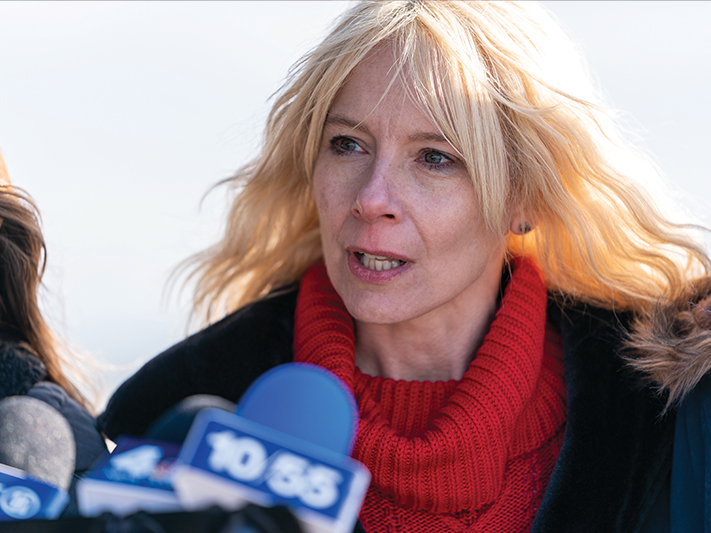 Based on the 2013 nonfiction book by Robert Kolker and with unflinching direction by Liz Garbus, the film explores the 2010 disappearance of 24-year-old Jersey City aspiring actress Shannan Gilbert and her mother’s search for her. When her mother, Mari (Amy Ryan), doesn’t hear from her daughter, on whom she often depends for money, she makes calls but to no avail. Finally, Mari files a police report. She discovers her daughter was working as an escort and driven to a gated community on Long Island. When Shannan ran out of the house screaming, the driver abandoned her.

The Long Island police commissioner, Richard Dormer (Gabriel Byrne), shrugs off Shannan’s disappearance and the 911 call she made, but Mari persists. Her actions keep the police involved and unite the families of more young women who have disappeared in the area. Then, more bodies are discovered.

You may have already seen the story of the “Lost Girls ” on true-crime shows, but this film makes the loss of so many young women, whose killer or killers have never been caught, so much more tragic. This is not an easy film to watch, as it makes us look at family life today as well as mental illness and sex trafficking.